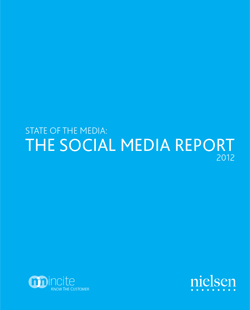 Social media is coming of age. Since the emergence of the first social media networks some two decades ago, social media has continued to evolve and offer consumers around the world new and meaningful ways to engage with the people, events and brands that matter to them. Now, years later, social media is still growing rapidly, becoming an integral part of our daily lives. Social networking is now truly a global phenomenon. 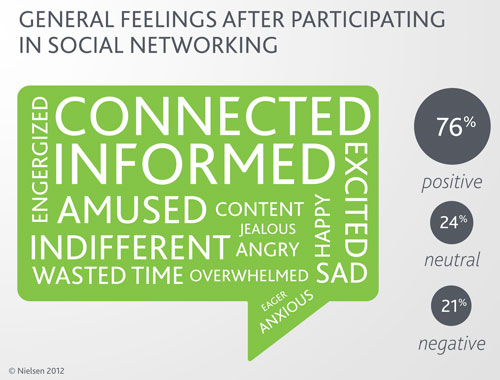 Social media continues to grow rapidly, offering global consumers new and meaningful ways to engage with the people, events and brands that matter to them.  According to Nielsen and NM Incite’s latest Social Media Report, consumers continue to spend more time on social networks than on any other category of sites—roughly 20 percent of their total time online via personal computer (PC), and 30 percent of total time online via mobile.  Additionally, total time spent on social media in the U.S. across PCs and mobile devices increased 37 percent to 121 billion minutes in July 2012, compared to 88 billion in July 2011.

The recent proliferation of mobile devices and connectivity helped fuel the continued growth of social media. While the computer remains as the predominant device for social media access, consumers’ time spent with social media on mobile apps and the mobile web has increased 63 percent in 2012, compared to the same period last year.