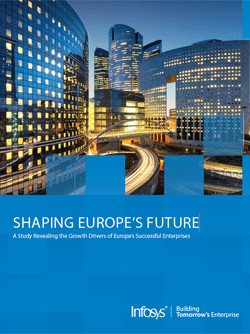 The study is based on interviews with 80 business leaders of European companies with annual revenues in excess of $1 billion. Over 60 percent of these companies have also reported better performance as compared to their competitors in the last two years.

It reveals that nearly two-thirds (68 percent) of the leaders surveyed believe new ideas and innovation will be vital to accelerate business growth. Coming in a close second, 44 percent of these leaders believe that more than any other growth strategy, entering into and sourcing from new markets would serve as a key driver of growth over the next two years.

However, in order for businesses to continue investing in new technologies to drive innovation, the study found that more work is required to track Return on Investment (ROI) on new ideas.