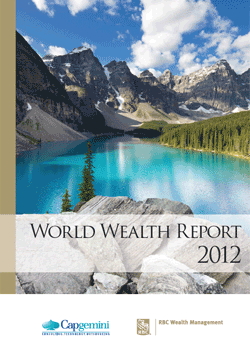 Capgemini and RBC’s 2012 World Wealth Report offers insights into the size, composition, geographic distribution, and investing behaviour of the world’s population of high net worth individuals – those with US$1 million or more at their disposal for investing.

The report also outlines the state of macroeconomic conditions and other factors that drive wealth creation to illustrate the conditions in which HNWIs were making investment decisions in 2011.

The overall financial wealth of high net worth individuals declined across all regions in 2011, with the exception of the Middle East, according to the 16th annual World Wealth Report from Capgemini and new partner, RBC Wealth Management. The 1.7% decline is the first since the 2008 world economic crisis, a year in which HNWI global wealth declined by 19.5%. 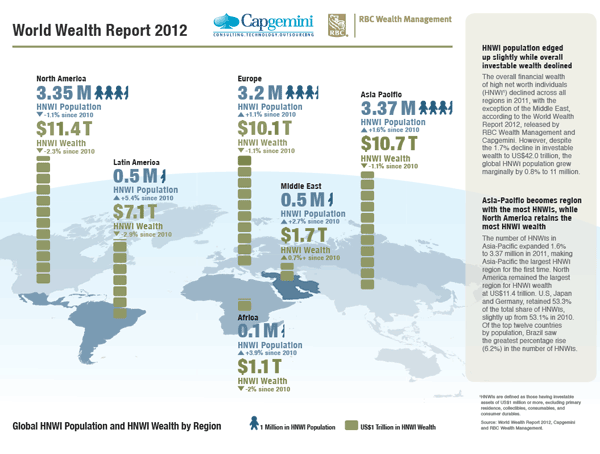 The World Wealth Report covers 71 countries in the market-sizing model, accounting for more than 98% of global gross national income and 99% of world stock market capitalization. The report has built a strong and lasting reputation as the industry benchmark for HNWIs market sizing—originally at a global and regional level but increasingly at a country level.