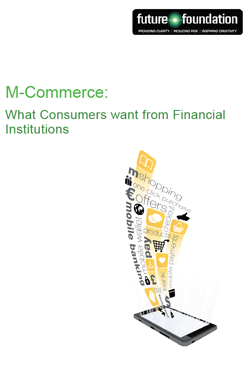 The research, commissioned by Mobile Money experts Monitise, reveals six-in-10 UK smartphone users (57%) would feel more confident buying goods and services by mobile if they could use apps provided by their bank. This confidence is even stronger among Spanish consumers at 68% while 50% of smartphone owners in Germany feel the same way.

According to the research, leading factors likely to prompt UK consumers to buy products and services via a bank app include ease-of-use at 60%, incentives such as loyalty schemes at 49%, direct insights from their bank on the state of their finances and budgets at 46% and convenience at 37%. More than half of those surveyed would trust sites endorsed by a bank, varying from 51% in Germany and 57% in the UK to 68% in Spain.

Also among the findings, smartphone shoppers say they are more open to buying higher value items if it can be done through a bank app. Tickets for travel such as flights and trains were the most popular items cited, at 65%, 47% and 45% among Spanish, German and UK consumers respectively. Tickets for services such as entertainment and sporting events were the second most popular items.